November 04, 2013
After three years I'm leaving my engineering job at Dynamic Controls! I started as a summer intern back in 2010 and was subsequently hired as a Systems Engineer. Most of my time at Dynamic Controls was spent within the system's architecture team, designing, prototyping and specifying protocols for powered wheelchairs.

I've really enjoyed and grown in my first real world job. Dynamic was a great fledgling ground, while there I've had good mentors and great friends. One thing that stood out from the first day is the company has a strong vision of where it wants to be. The culture strongly promotes innovation, openness, sustainability and a desire for excellence. I've certainly enjoyed telling people that I help design powered wheelchairs as well!

I was very proud to be on the team that helped to design and implement the LiNX architecture. Of course there was plenty of pressure during my time as we released the first in a series of innovative wheelchair controllers. I can't wait to see a LiNX chair driving down the street knowing I helped design and program it. 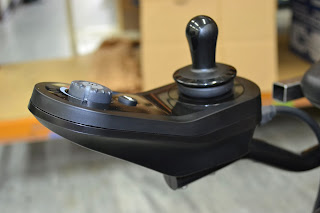 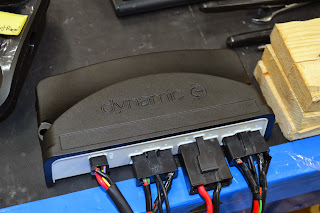 The culture around learning and furthering personal development was particularly notable at Dynamic. After being exposed to a couple of the training courses I decided to run an "Introduction to Programming Course"; naturally I taught the course in Python. I took four groups of about a dozen colleagues through a twelve week course. Just before leaving I ran a condensed version of the course for our neighbours down at Allied Telesis. This emphasis on training extended to sending engineers to conferences around the country.

Dynamic Controls is increasingly embracing open source software. I took over maintenance of a useful set of internal tools that are used for talking to a Controller Area Network and after much refactoring I released the source to the world on https://bitbucket.org/hardbyte/python-can. It was very exciting to have contributors actually using the library, and even more exciting when it got forked and someone contributed an entire new backend. The suite of tools that are used internally went from only working with one hardware platform to working with a multitude.

One of earlier internal website projects that I worked on was a Requirements and Traceability tool. This PHP site was written with two other engineers and was one of the hardest database setups I've ever had to design. I never appreciated how difficult versioning of deeply linked items could be! After using this "all singing all dancing" site through one product release, we decided that the maintenance cost would just be too large so we ended up getting an off the shelf solution called Jama. After using Jama successfully for more than a year we released an open source library for interfacing with Python: https://github.com/dynamiccontrols/python-jama. It's still early days on that one, but I hope others will find it useful.

Any true reflection includes all the warts as well as the good. What hasn't been fantastic about my experience? First there were some dichotomies, it seemed very odd that a research and development department that aspires to be a center of excellence would require the use of archaic technology. Checking email was actually difficult from linux (which the entire software team use) as IMAP or POP wasn't enabled and the web client provided had stopped receiving updates sometime around Internet Explorer 5 being released. The engineering department enter their project time in a program designed for Windows 95. I don't want to start talking about the overly restrictive internet proxy.

Occasionally the bureaucracy of having to have multiple reviewers, approvers and all the various hoops that are imposed for anyone in the medical industry got annoying but I do fully understand why it is necessary.

Lastly and definitely a big positive to end on would be the fantastic people I had the opportunity to work with. I learnt so much about myself, about teamwork, and about engineering professionalism.

Its going to be a few months break now as I travel to South America with my partner Sarah. You can follow our journey with us at http://thorneynz.blogspot.com/
Location: Christchurch, New Zealand