September 05, 2009
Trying to work out why the gaussian blur in OpenCV is different from that of SciPy...
The differences are too small to see, but are still there.
Following is an imshow of each channel of the difference image. 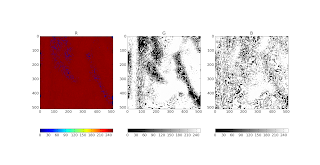 And by looking at a singe row, we see that the difference spikes the whole intensity range. 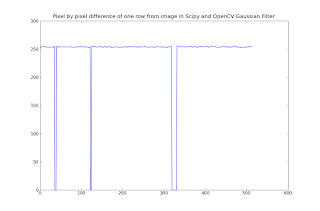 Edit: That was pretty much staring me in the face wasn't it... uint8's are prone to integer overflow!
Comparing the OpenCV implementation with two versions in SciPy now gives:

Doing a pixel for pixel comparison on each channel between the SciPy and OpenCV examples: 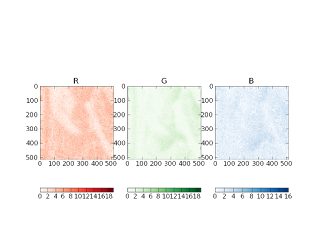 The second one is comparing an IIR filter implementation to a ndfilt.